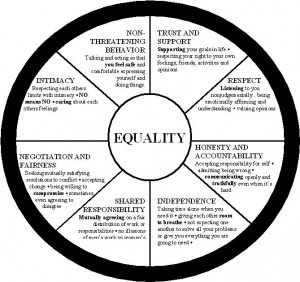 Domestic abuse is complicated, and not everyone understands what it means if they haven’t been through it. Even some people who have been through it aren’t sure what constitutes abusive behavior. So back in the 1980s, the Domestic Abuse Intervention Project (DAIP) created the Power and Control Wheel to help describe the abuse women in domestic violence relationships were experiencing.

The wheel helped women identify abusive behavior and helped teach those less familiar with the issue about domestic abuse, but it didn’t help women learn what healthy relationships looked like.

“Their experience with relationships was that one person was in control and the other person was being controlled,” says Melissa Scaia, executive director of DAIP. “The women didn’t have any reference point for what a relationship was supposed to look like.”

So a short time later, the DAIP developed the Equality Wheel.

“The team listened to women in support groups saying they knew one type of relationship but didn’t know an alternative,” she says. “They wanted an example to be able to look for in their lives.”

The Equality Wheel offers an alternative to power and control. “If you lay the equality wheel over the Power and Control Wheel, you’ll see they are corresponding opposites,” Scaia says. “So, for instance, instead of emotional abuse, you’ll see respect.”

Today, both wheels are used in individual and community settings around the world. They’ve even been translated into 22 different languages. “That fact alone speaks to the socialization of the problem,” Scaia says. “Domestic violence is not an individual, psychological problem. It’s everyone’s problem.” 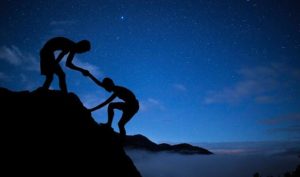 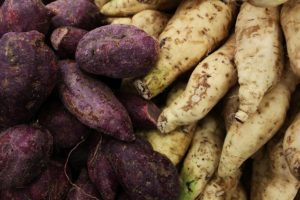