If anyone is interested in dressing up with me and running in the Red Flannel Run on February 14th, registration information below:

The Red Flannel Run is the unofficial start of the running season in Des Moines and consists of a 3- and 5-mile run. Proceeds go toward the Wellmark YMCA Annual Campaign, helping to make the YMCA accessible to all.

Red Flannel Run at our Riverfront YMCA brought together over 2,000 runners for a 3-mile and 5-mile race in sub-zero temperatures. More runners means more body heat at the starting line. Invite your friends!

Save with early registration rates!

About the Red Flannel Run

The YMCA Red Flannel Run was first held in honor of Luke Altmix Simmons in 2013. Luke was an adventure-seeking athlete. In 2007, while on a trail run in Colorado, Luke was struck by a bolt of lightening that ended his life. Luke’s family and friends hold events in his honor with his memory as motivation. Read more of Luke’s story here.

Location
Start and finish will be at the Wellmark YMCA. One loop out and back on mostly flat, concrete-surfaced streets.

Issues in our Tissues 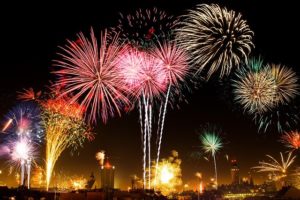